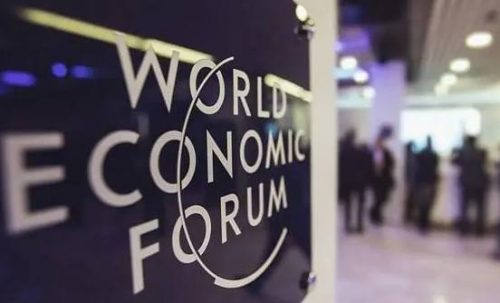 Geneva, Switzerland, January 20, 2021 / TRAVELINDEX / The World Economic Forum Davos Agenda, taking place virtually on 25-29 January, will bring together the foremost leaders of the world to address the new global situation. Heads of state and government, chief executives and leaders from civil society will convene under the theme: A Crucial Year to Rebuild Trust.

The meeting will focus on creating impact, rebuilding trust and shaping the policies and partnerships needed in 2021.

“In the context of the COVID-19 pandemic, the need to reset priorities and the urgency to reform systems have been growing stronger around the world,” said Klaus Schwab, Founder and Executive Chairman of the World Economic Forum. “Rebuilding trust and increasing global cooperation are crucial to fostering innovative and bold solutions to stem the pandemic and drive a robust recovery. This unique meeting will be an opportunity for leaders to outline their vision and address the most important issues of our time, such as the need to accelerate job creation and to protect the environment.”

The COVID-19 pandemic has demonstrated that no institution or individual alone can address the economic, environmental, social and technological challenges of our complex, interdependent world. The pandemic has accelerated systemic changes that were apparent before its inception. The fault lines that emerged in 2020 now appear as critical crossroads in 2021. The Davos Agenda will help leaders choose innovative and bold solutions to stem the pandemic and drive a robust recovery over the next year.

The five programme themes are:

Special addresses from G20 heads of state and government and international organizations will provide crucial insights into a range of important issues in the year ahead. Participants will hear first-hand how these public figures will demonstrate leadership and drive action in areas such as the environment, jobs, and advances in innovation brought by the Fourth Industrial Revolution.

Heads of state and government include:

Other world leaders are expected to confirm.

Leaders from international organizations, government agencies and central banks include:

The private sector will be represented by more than 1,000 leaders from the Forum’s member and partner organizations. Seven of the top ten companies by market capitalization are engaged year-round with the Forum and many will participate in The Davos Agenda week. As a working meeting to advance ongoing project work, more than 500 chief executives and chairpersons will take part in sessions throughout the week.

Leaders from civil society are a critical voice in shaping the agenda. Those taking part in the meeting include:

Flagship reports, initiatives, and the latest book on Stakeholder Capitalism

On January 25, Professor Schwab will release his latest book, titled “Stakeholder Capitalism: A Global Economy that Works for Progress, People and Planet.” It explores how societies can build the future post-COVID, and builds on the Forum’s 50-year-old advocacy of the stakeholder approach.

The World Economic Forum will release its Global Risks Report 2021 on 19 January. The flagship report is an important marker for prioritizing action in public and private sectors in the year ahead.

The Davos Agenda will also mark the launch of several World Economic Forum initiatives to accelerate the race to net-zero emissions, to champion new standards for racial justice, to ensure artificial intelligence is developed ethically and in the global public interest and to close the digital divide. More details on these initiatives and others will be disclosed at the meeting.

The meeting will be preceded by the Opening Event, available on YouTube on Sunday 24 January at 19.00 CET, featuring a welcome from Klaus Schwab and a special address by Guy Parmelin, President of the Swiss Confederation, just before the 27th Crystal Awards hosted by Hilde Schwab, Chairperson and Co-founder, Schwab Foundation for Social Entrepreneurship, and the photographer Platon.

The awards will be followed by the world premiere of “See Me: A Global Concert.” The official programme of The Davos Agenda will begin on 25 January.